The 19th century saw the invention of steam boilers. The steam power industry owes its existence to the birth of convection boilers, which was established by the co-inventors, George Babcock and Steven Wilcox.

From 1867 to the 2020s, the steam boiler has not only survived but thrived. It infused itself as a core part of many of our societal establishments. Steam technology is employed in several sectors including agriculture, baking, brewing, cement production, automotive industry, electricity generation and many more.

How do Steam Boilers work?

The mode of operation of the steam boiler is quite dependent on its use. However, the model is similar in all types of steam boilers.

The reason behind the use of steam is its high mobility rate and ability to carry high amounts of energy with it. Unlike water, steam moves faster and needs no external propelling force to move from A to B within a pipe.

Temperature, pressure, water, and fuel are the key components of the steaming process.  When combustion occurs in a furnace or combustion engine, heat cannot be transferred directly to the desired destination. Steam is a safer means of transferring energy compared to naked flame or hot metal. Therefore, it’s quite common to see steam as an energy carrier.

It’s similar to the ATP (Adenosine Triphosphate) found in the human energy cycle.

Instead of conveying glucose, an energy-rich substrate, it breaks down glucose into multiple molecules of ATP.  ATP is known as the energy currency, which transfers energy from cell to cell.

Like ATP, steam is easily transported and unstable. Sometimes, steam condenses back to water. And the water molecule is absorbed into the steam generator. Then, it is reconverted into steam.

Boilers are designed with a furnace or firebox. The firebox is the part of the steam generator that is responsible for the burning of fuel or generation of heat energy. Under high pressure, the heat energy transforms water to steam. Impurities, pressure and temperature are factors that can affect the time it takes for water to turn into steam.

In the production of electricity, the heated steam is used to propel a turbine or alternator. Smaller steam generators are used in the sterilization of equipment. Pool temperature can also be maintained with steam power.

Steam boilers are classified based on their level of technological advancement. In order to identify the right one for your business, a boiler survey has to be done.  Below are the types of steam boilers:

In 1725, encyclopedic works of Leopold’s “high pressure” engine model had already been made available to scholars and science enthusiasts.  Proponents like John Blakey and Oliver Evans were touted to have been influenced by Leopold’s works directly or indirectly.

Evans leaned towards the use of ‘strong steam” in non-condensing engines. The piston in this new model is driven mainly by steam power and released into the atmosphere afterwards. The advantages of the Evans model are threefold; it requires less steam, the size of the engine is reduced and steam engines could be used in smaller installations and transport.

This new model gave birth to a horizontal long wrought iron boiler with one fire tube on one end. The fire tube is situated at the fire grate and the gas flow follows an opposite channel and splits.

The divided channel passes through side flues and meets once more at the Columbian engine boiler.

Evans was able to install his works into mobile and stationary engines. To save space and weight, boilers meant for mobile engines had one exhaust channel linking the fire tube to the chimney.

It is stronger and more efficient than the ones that have been previously discussed. The Cornish boiler was modeled in 1812, thanks to Richard Trevithick. His model works under 40-50 psi. Early versions of the Cornish boiler were hemispherical while newer versions were cylindrical. His steam boilers had cylindrical water tanks with measurements of 8.2m (26.9 feet) length and 2.1m (6.9 feet) diameter.

Each return flue boiler was connected to a fire grate on one terminal of a unitary tube of a 3-ft width which was positioned longitudinally in the tank. The Cornish boiler is used in semi-portable and locomotive engines.

The first model was designed in 1712 by Newcomen while the second model was fashioned by John Smeaton. In 1775, the Smeaton model was modernized into a three-pass boiler by Boulton and Watt.

The Newcomen engine looked pretty much like a big brewer’s kettle installed at the bottom of a power cylinder. It worked by producing power from the vacuum created with condensing steam. For this to work, it must be conditioned at large volumes and low pressures around 1psi/6.9 KPa.

The downside of the first model was that it lost much energy because it was installed in brickwork which taps some heat energy. The furnace setup which involved the burning of huge amounts of coal underneath a pan covering, only provides a small heating area.

Instead of a slightly dished pan, the John Smeaton model utilized a gas system going through a flue to heat the water into steam. This new model increases the heating surface and lowers the amount of heat lost to brickworks and distant pan setups. A noteworthy idea used by Newton was to extend the route of the hot fluid by the use of a spiral labyrinth below the boiler. The 18th century industrialist intensely used the under-fired boilers. The name, haycock, was influenced by the round shape of some of the sections,

Unknown to him, Marc Seguin, a French engineer and inventor, began an industrial revolution when he formulated a two-pass boiler. The world had seen two-pass boilers before. However in Marc's boilers, the second pass was constructed with a bulk of multiple tubes. This prototype, alongside a natural induction tweak, was adopted for marine use in, for instance, the Scotch marine boiler.

The Scotch marine boiler is a model of steam boiler used in powering ships.

Before the Rainhill trials, a competition that was intended to prove George Stephenson’s ideas on locomotives in October 1829, George told Henry Booth a locomotive secret that would change the way steam boilers are modeled to date. Henry Booth was the then-treasurer of Manchester and Liverpool railway.

George's model is a one-tube pass that consists of two cells – a furnace with neighboring water spaces and a boiler barrel which has two rings (telescopic). These telescopic rings contained 25 copper tubes and the tube bulk was inserted into most of the water spaces, improving heat transfer.

The treasurer wasted no time and relayed the idea to his son Robert who made sure all new Stephenson’s Rocket products used George's boiler. George won the trial, other constructors adopted the model, and his model became the core structure of all fire-tube boilers.

Many big cities, including the Empire city, New York, run on steam. According to Frank Cuomo, the G.M for steam distribution at Con Edison, 2.5 to 3 million New Yorkers are impacted by the steam system.

Whether you realize it or not, you’re benefiting from the steam boiler. Below are the various industrial applications of steam boilers in our day to day life:

Like other established industries, the cement industry is a highly competitive one. Investors and business owners are always seeking legal ways to increase profit without reducing the quality of the end-product or putting the lives of the end-consumers in danger.

One of the ways to reduce the cost of production is by utilizing every fuel used and reducing the loss of energy. A waste heat recovery model is the solution and a waste heat boiler is the tool needed to utilize the waste heat dissipated during cement production.

The waste energy can be recycled, used to dry raw materials and compliment the power supply. Waste heat boilers can help generate up to 20% to 30% electrical power needed in cement manufacturing sites.

One of the several uses of steam in agriculture is the disinfection of tools. However, that’s just a tip of the ‘steamberg.’ Steam is used in soil sterilization. Soil steam sterilization is a farming method that involves the sterilization of soil with steam. Steam sterilization can be carried out in greenhouses or open fields.

The process is effective in the partial killing of weeds, bacteria, viruses and fungi. The product of killing soil microbes is the release of cellular proteins, which increases the nutrients in the soil considerably. The process is regarded as partial disinfection because spore-forming bacteria are heat-resistant and can survive or reactivate once the soil is back to its cold state.

Soil steaming is a perfect solution for soil fatigue. Revitalization, improved growth and disinfection are the benefits of soil steaming. The 21st century method of disinfecting compost and sick soil is soil steaming. It is preferred to the use of bromomethane. According to the Montreal Protocol, “steam is effective in the elimination of soil pathogens that causes protein coagulation or enzyme inactivation.”

The use of steam boilers in HVAC systems include water heating, sanitation, cooking, waste energy utilization, and central heating. Fire-tube boilers are used to warm the air which is transferred to the rooms of a house or warehouse. They are fixed with ductworks.

The process of using high-pressured steam to generate electrical power is known as the Rankine cycle. The process was designed by William J.M Rankine, a Scottish engineer, in 1859. As we’ve mentioned earlier, power plants rely on steam to maximize the energy coming from carbon-based fuel or nuclear reactors.

Though the steam boiler is crucial to civilization as we know it, its risks could be fatal, if mismanaged.

Most big cities have steam pipes installed beneath the city. These pipes operate under high pressure, but they are built to endure hot temperatures and high pressure. Steam pipe explosion is not an event that occurs very often; however, it can be very devastating when it does. A single burst can result in the loss of lives and evacuation of an area.

While most steam accidents are not caused by bad or faulty pipes, steam companies are required to check the state of their pipes regularly and steam generation components through advanced x-ray and ultrasonic tools.

Any steam company that fails to conduct regular inspections and take necessary precautions, risks losing its license to operate within the nation. If the carelessness on the part of the manufacturer results in societal damage, the company would most likely be sued and heavily fined.

To avoid early damage of pipes, it’s better to purchase quality steam boilers, components and pipes for your company, or home, including, pools and warehouses. Understanding the design and function of your steam boiler is crucial to efficient and safe operation. When you have an issue with a steam boiler, it's best to seek professional advice and follow proper protocols in both it's operation and maintenance schedules.

Give B.I.M.S., Inc. a call today if you have questions or would like to schedule a service call in the greater Texas area. 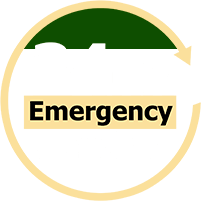